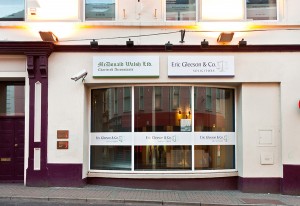 Eric Gleeson is a native of Tuam. Eric is a graduate from University College, Dublin with a BCL in 1998. He qualified as a Solicitor in 2001 having served his apprenticeship with Gleeson & Kean and worked with Gleeson and Kean until November 2012.

In December 2012 Eric established Eric Gleeson Solicitors operating from ACC House, Shop Street, Tuam, Co Galway. Eric mainly specialised in Conveyancing, Litigation, Landlord and Tenant and Family Law however has a wide knowledge across many diverse practice areas. He has in the recent past completed a Diploma Course in Commercial Conveyancing through the Law Society of Ireland in Dublin. His interests include soccer, Gaelic Games, and rugby and is a current playing member with both Tuam Celtic Soccer Club and Tuam Stars GAA Club.

Eric Gleeson Solicitors is located in the heart of Tuam in the Old ACC Building. It is situated on the ground floor and fully wheelchair accessible. There are private consultation rooms. The building also has the benefit of a fully fireproof and secure walk in safe for storage of Deeds and Wills.

Request an immediate callback from a solicitor

"I have used Eric for all my conveyancy, company law, commercial cases since 2005. Very easy to work with and services are supplied at a reasonable cost. I would highly recommend Eric and his Practice for all legals matters"

"Eric is a highly personable and efficient solicitor making stressful situations disappear through his diligence." 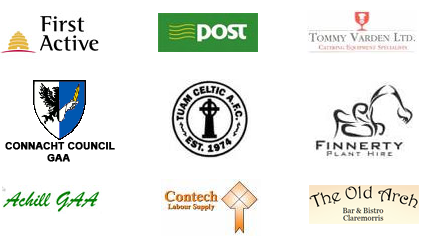